CLP staff are encouraged to volunteer. CLP China has set up volunteer teams to organise various activities for the public. Each team member contributes personal and professional knowledge to meet the needs of the community and bring joy to children and the elderly.

Fangchenggang Power Station established a volunteer team in 2009, and has provided charitable services to communities and schools in Nanning and in the neighborhood of the power station, benefiting more than 1,000 local residents. In the summer of 2014, a student surnamed Lin from Fangchenggang Experimental High School suffered from acute lymphocytic leukemia and was in danger. Upon hearing the news, the volunteer team of Fangchenggang Power Station immediately launched a donation initiative among colleagues. In a few days, it raised tens of thousands of yuan for Lin to help him tide over the difficulties. During Lin’s treatment at the hospital, volunteers also paid regular visits to him to give him encoragement. In 2019, Lin returned to the campus and was admitted to Guilin Medical College, and shared the good news with the volunteer team. Considering the financial position of Lin’s family, the volunteer team again raised 5,000 yuan among colleagues to help him pursue his academic dream.

The volunteer team of Huaiji Hydropower Station was set up in 2011. Since then, volunteers have made regular visits to poor children in the neighborhood, bringing necessary school supplies to them on the one hand, and offering classes on safety to increase their safety awareness on the other hand. Thanks to the team’s continuous efforts, the number of safety accidents in the reservoir area has dropped year after year, benefiting the neighborhood in an effective way.

During public holidays, volunteer teams from Qian’an Wind Farm visit nursing homes in the community, bringing gifts and care to the elderlies. The caring visits by Qian’an Wind Farm volunteers conducted since 2012 have drawn attention of the local government, and renovated the road leading to the nursing home to facilitate these visits.

Starting from 2018, Sihong Solar Power Station has called on staff to visit the nearby nursing home on the occasion of the Double Ninth Festival to provide volunteer services for the elderly. In addition to bringing them daily necessities, volunteers also invite doctors to conduct health checks for the elderly, provide haircuts and grooming services to them, and play chess and chat with them so that they can enjoy a good time.

CLP volunteers from Sandu Wind Farm take part in a tree-plating event
BEAM is a charitable event which sends international medical missions to provide free operations for needy children and adults with cleft lips and palates. Since 2015, CLP employees have actively participated in BEAM’s initiatives across the Mainland. 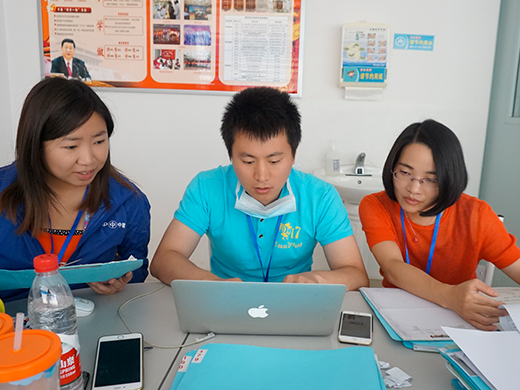 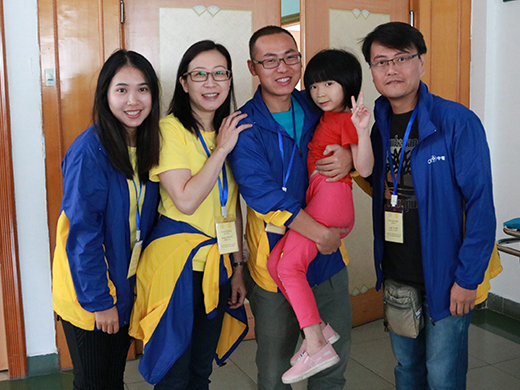 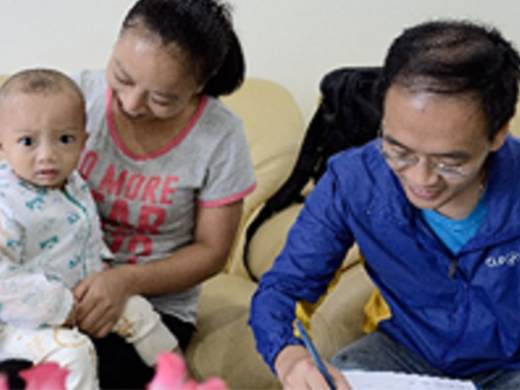 As CLP continues to expand its operation in Mainland China, the volunteer teams will grow in numbers and strength, increasing their positive impact on local communities.